Far Cry 4 (playable via Ubisoft Connect):
Hidden in the Himalayas lies Kyrat, a region torn between tradition and violence. You play as Ajay Ghale, on his way to Kyrat to honor his mother's last wishes. As soon as you arrive, you are plunged into the heart of a civil war aimed at overthrowing the oppressive regime of self-proclaimed dictator Pagan Min.Discover and explore a dangerous and unpredictable open world, where anything can happen. Every decision matters, and every second is a story, your story. Welcome to Kirat.

Escape from Monkey Island:
Guybrush and Elaine are back from their honeymoon. Unfortunately for Guybrush, his return to Mêlée Island is much more problematic than he would have liked. His wife is declared dead, the property is about to be destroyed, and a stranger is running for governor. Meanwhile, an Australian entrepreneur by the name of Ozzie Mandrill buys islands in the surrounding area to make a tourist resort and, incidentally, to dislodge the pirates.It's up to Guybrush to settle these few administrative setbacks, which will take him back to the terrible monkey island.

Calico:
Create a wonderful cafe in which the villagers can enjoy delicious drinks and homemade pastries! The game will feature a system that will allow you to create and showcase the available pastries in showcases, as well as craft a menu for drinks. It will also be possible to personalize some of the pastries and drinks. The macaroons will have, for example, a surface on which you can make drawings

Astrologaster:
Play as 'Doctor' Simon Forman - unlicensed doctor and astrologer - and help him earn the right to practice medicine.

Across the Grooves:
Across the Grooves is an interactive graphic novel in a contemporary universe tinged with fantasy. Your decisions impact Alice's fate and drastically change her reality, allowing her to explore alternate destinies by altering her past. 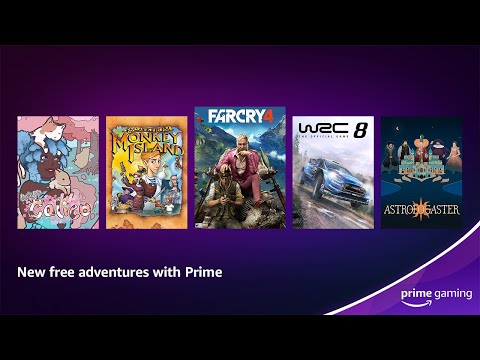