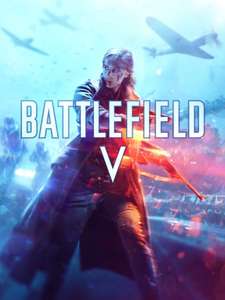 The military FPS juggernaut is back. EA Games storms the market with their fifth addition to Battlefields’ franchise. Buy Battlefield 5 Origin key and set out into one of the most intense and horrific events of the past that switched the axis of power around the globe, the Second World War. Improved handling, vast customization options, all-new multiplayer experiences, a variety of unique war stories created for single-player, all-new co-op content along with stunning graphics and visual effects make this action-packed shooter more immersive than it has ever been.
The electrifying multiplayer

From an all-out 64-player death-match to attack and defend skirmishes, from team versus team clash to last man standing battle royale, Battlefield 5 (CD) key offers multiplayer that has it all. If you are a less competitive type or just want to get the feel of how hard the times were, solo-campaign offers a variety of historical close-ups, where you can play for one of the protagonists fighting in unique locations, varying from steaming desserts to icy mountain passages. The Battlefield 5 key also features the co-op mode with the opportunity for up to 4 players to form a squad, customize your characters and face never before seen challenges together.
The Battlefield atmosphere

• Powerful multiplayer. B5 invites you to join the massive multiplayer gameplay that supports up to 64 players at the same time. Step into the battlefield ravaged by frenzied and fast-paced FPS encounters;
• Become part of war stories. Travel different countries and participate in different war conflicts told in a compelling Battlefield manner;
• Firestorm. Enter the most chaotic map in Battlefield 5, a battle royale designed for the BF franchise;
• Dynamic combat system. Use your soldier’s abilities, gadgets, weapons and fortifications to participate in one of the most remarkable combats;
• Cheaper Battlefield 5 price