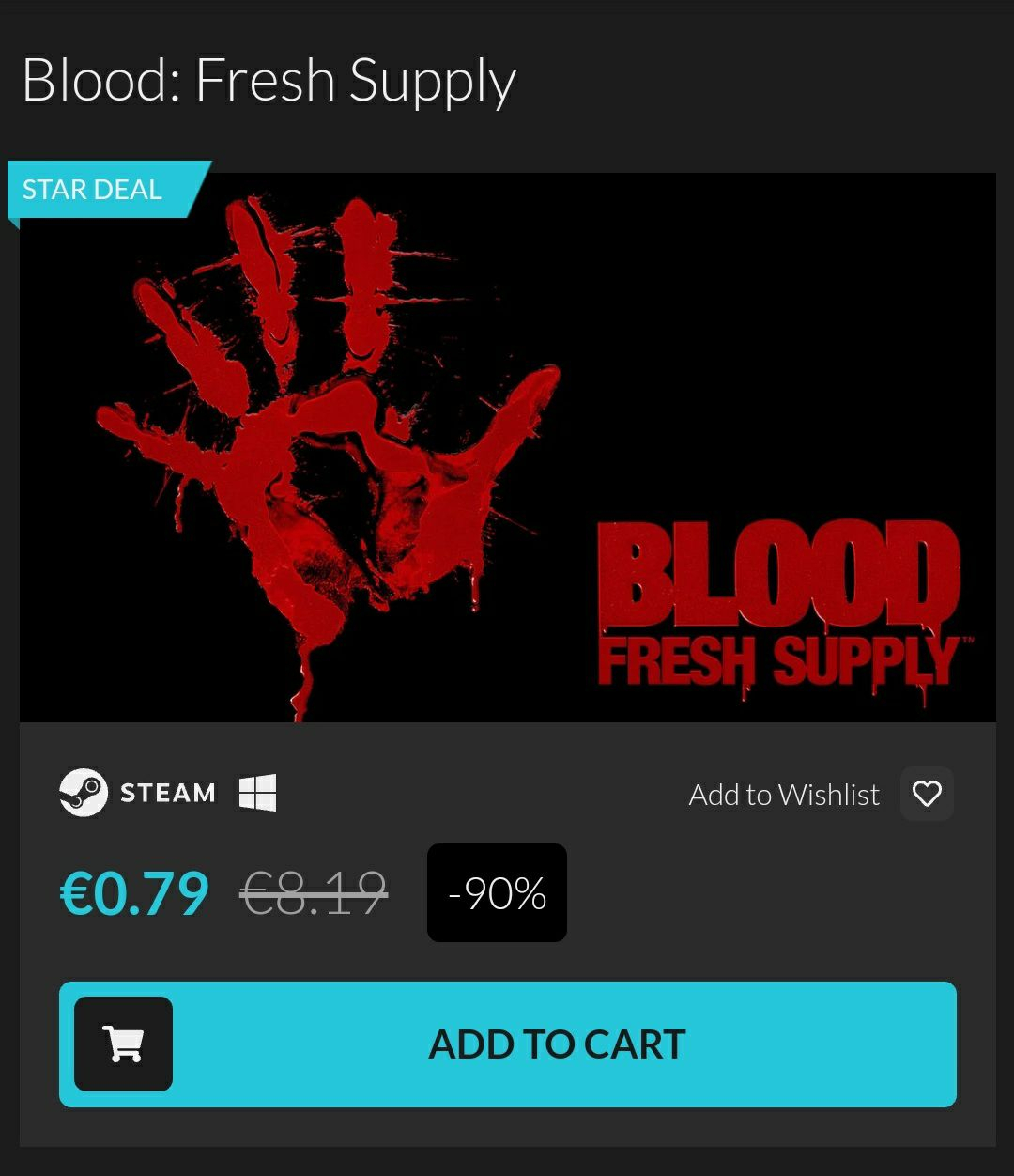 Blood: Fresh Supply is a remaster of the original Blood developed by Night Dive Studios. It uses the studio's in-house Kex Engine, supplanting the original Build.

It features all of the levels from all four episodes of the original Blood campaign, as well as the Plasma Pak and Cryptic Passage expansions included within the executable; support is also provided for all fan-made add-ons such as Death Wish. The upgrade also supports modern frameworks such as DirectX 11, OpenGL 3.2, Vulkan as well as online multiplayer services Steamworks and GOG Galaxy.