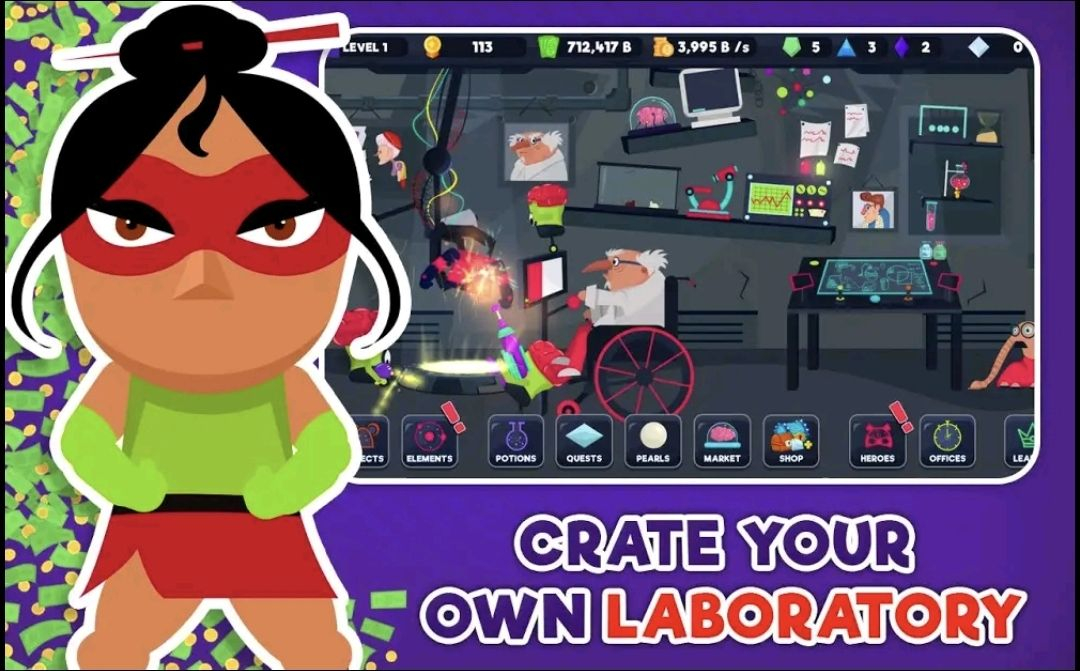 The world is devastated... It is invaded by an evil civilization..
Anyone who can do something has given up...💰

Build your underground laboratory and create the fastest, strongest and loyal superheroes. Send your super heroes to different cities of the world and let them defeat the enemies. Collect the spoils of war by upgrading your heroes and offices all around the world. Keep creating stronger heroes and assign them to more important cities. Send managers to offices and help to superheroes. Collect the spoils of War and spend them on creating better heroes and defeat the aliens.
💰💰💰💰💰

The biggest mission in the history of the world is waiting for you..
Hurry up Professor..!💰"
PostTweetDelen Deel via WhatsApp Deel via Messenger
Community Updates
2 Reacties
Plaats reactie