Just Die Already is an old people mayhem sandbox game created by the designers of Goat Simulator.
You are an old retired person in a near future where people aren’t having any children. There isn’t anyone to pay for pensions due to those ungrateful millennials who prefer playing video games instead of doing actual work. With no one to cover your living costs, you - just like all other old people in this world - have no other choice but to survive on your own.
GAMEPLAY:

Paradigm is a surreal adventure game set in the strange and post apocalyptic Eastern European country of Krusz.
Play as the handsome mutant, Paradigm, whose past comes back to haunt him in the form of a genetically engineered sloth that vomits candy.
Paradigm’s unfortunate life begins at DUPA genetics, a company who sells prodigy children to the rich and powerful who don’t want to leave their inheritance to their poor excuse for biological children.
Something went wrong during Paradigm’s growing process and he was left horribly mutated. To save their reputation, DUPA dumped the hideous infant in a nearby post Neo-Soviet abandoned town, forcing him to fend for himself. 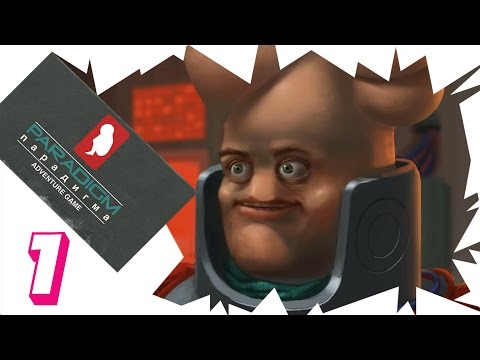