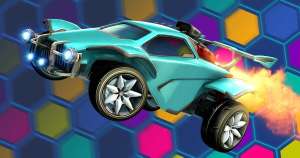 
The Acero-Florentina Wheel was specially designed by Jose Flores, Senior Concept Artist at Psyonix. Get this wheel inspired by the Mexican Sunflower September 15 through October 15, plus the three Player Anthems in the bundle ("Loca," "So Good," and "We Own The Night"). These songs will also be added to Rocket League Radio, and can be heard in-game.


AL3JANDRO was the vocal producer who recorded, wrote, and edited a lot of the vocals on some of the most popular early songs found in Rocket League. He is a ghost writer that Hollywood Principle worked with on songs like "Solar Eclipses'',"Breathing Underwater", and “Seeing What’s Next”.
PostTweetDelen Deel via WhatsApp Deel via Messenger
Community Updates
Beste reacties
7 Reacties
Plaats reactie