Supraland is a First-Person Metroidvania Puzzle game by David Münnich from Germany. The main sources of inspiration are Zelda, Metroid and Portal.
Supraland assumes that you are intelligent and lets you play independently. The story is minimal, gives you an overarching goal to pursue, and then sets you free. Despite child friendly visuals, the game targets experienced players. Playtime: ~12-25h

You explore a large interconnected world in which most ways are at first unpassable until you find new abilities to overcome those obstacles. A cornerstone of Supraland's design was to create abilities that are so versatile, they will keep on surprising you by how many different usages they have. If you combine your abilities, the possibilities become even bigger.

Most of the game is about exploring the sandbox world to track down secrets. Often you will think you are about to get out of bounds and beat the level designer, but right there is a chest waiting for you with a very rewarding upgrade. Supraland respects your lifetime and doesn't bloat the playtime with unlimited no-brainer collectibles.

The deeper you get into the game the more you will be facing creative puzzles you've never seen anywhere before, encouraging you to stop and think about what abilities you have and how you can use them in yet another way. Puzzle types that I already knew from other games were immediately rejected in the design process. And it's important to me that once you understand the idea behind a puzzle, you can pretty much immediately solve it instead of having to go through a cumbersome, frustrating execution.

The fighting mechanics are inspired by old-school, fast-paced shooter games like Unreal, Doom and Quake, encouraging high-speed strafing and jumping while throwing shot after shot at hordes of charging enemies without ever having to worry about weapons reloading. 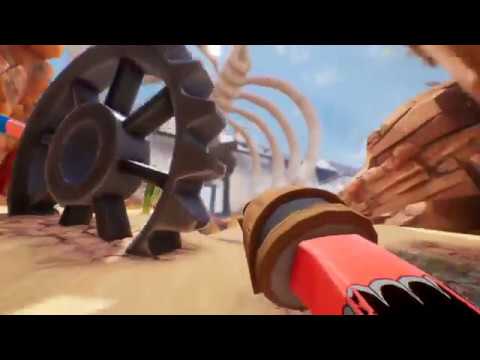 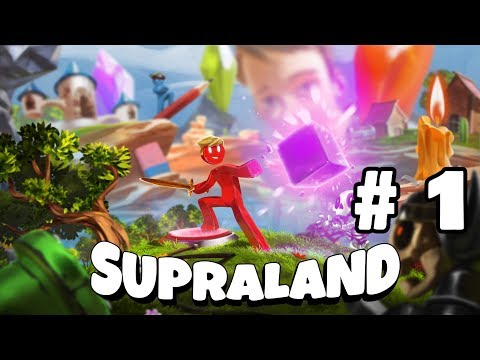