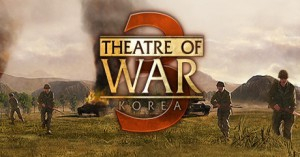 In this title tactical engagement experts can test their skills on a new strategic level. Move your forces over the entire Korean Peninsula, managing reserves, as well as the fuel and ammo supplies. Tactical battles in Theatre of War 3: Korea are generated based on the strategic situation.
PostTweetDelen Deel via WhatsApp Deel via Messenger
Community Updates
Plaats reactie