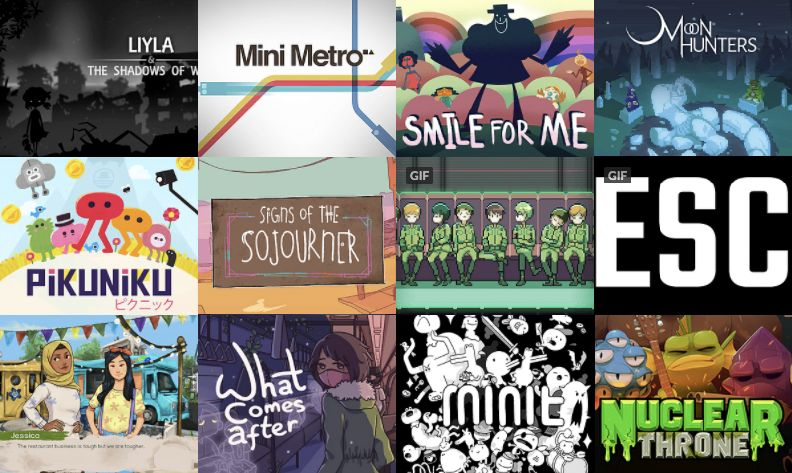 All profit from this bundle will be donated to the United Nations Relief and Works Agency. The UNRWA has provided food assistance for over one million Palestinians, and continues to do so in the territories with heavy destruction. They also provide emergency mental and physical health protection for those in the region. unrwa.org/gaza-emergency

Indie games are unique in that they can tell stories not seen in AAA or other games. We pour our life experiences into our games and share a piece of ourselves with the world. Palestinian game developers are no different in this aspect, but have the added challenges of limited access to basic services, like clean water, electricity, medical care, and food security. They live under Israeli authority that discriminates and subjugates Palestinians to the point of persecution and apartheid, simply for being Palestinian. Furthermore, they develop games without all the resources that come with being in a western hub for game development.

Palestinian game developer Rasheed Abueideh did exactly that when he made Liyla and the Shadows of War, which tells a story of a little girl who lives in Gaza during the 2014 war, in which 30% of civilian casualties were children. Liyla and the Shadows of War was showcased at IndieCade and A MAZE and earned numerous award nominations, including a win in Excellence in Storytelling at the International Mobile Gaming Awards Middle East/North Africa.

This bundle is pay-what-you-want (above $5 U.S. dollars) for Liyla and the Shadows of War, and you will receive hundreds of additional games, assets, and soundtracks graciously donated by game developers and media creators around the world for free. The bundle will run through Friday, June 11th. Together, we can raise funds for UNRWA for food and medical assistance for Palestinians AND highlight a game developer who is directly affected by the cause we are rallying behind.
PostTweetDelen Deel via WhatsApp Deel via Messenger
Community Updates
Supersheep
jun 7e
Voor een handig overzicht: randombundlegame.com/bro…=pb