DINO RUN DX is an ongoing evolution of the classic prehistoric multiplayer racing game. Control your iconic raptor through an endless assortment of procedurally generated landscapes and outrun the ever-approaching WALL OF DOOM. Will you end up one of the millions of doomsday casualties, or will you ESCAPE EXTINCTION? 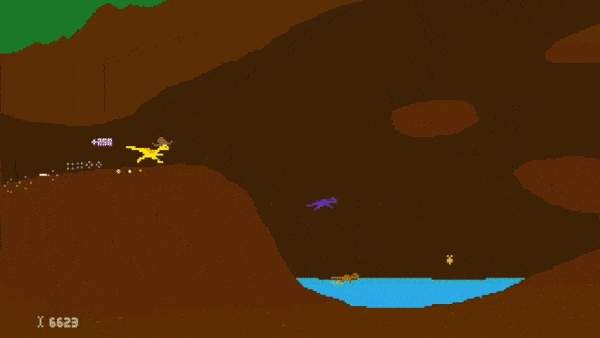 
How is DX different than previous versions of the game?

If you've only played the web version from years ago, you'll find DX is a dramatic improvement with more levels, hats and gameplay options. If you've played Dino Run SE, the major differences are completely redone backgrounds and an extra layer of polish, true fullscreen mode, controller support, steamworks integration, improved multiplayer security, freerun mode, and many, many more hats and colors to choose from.