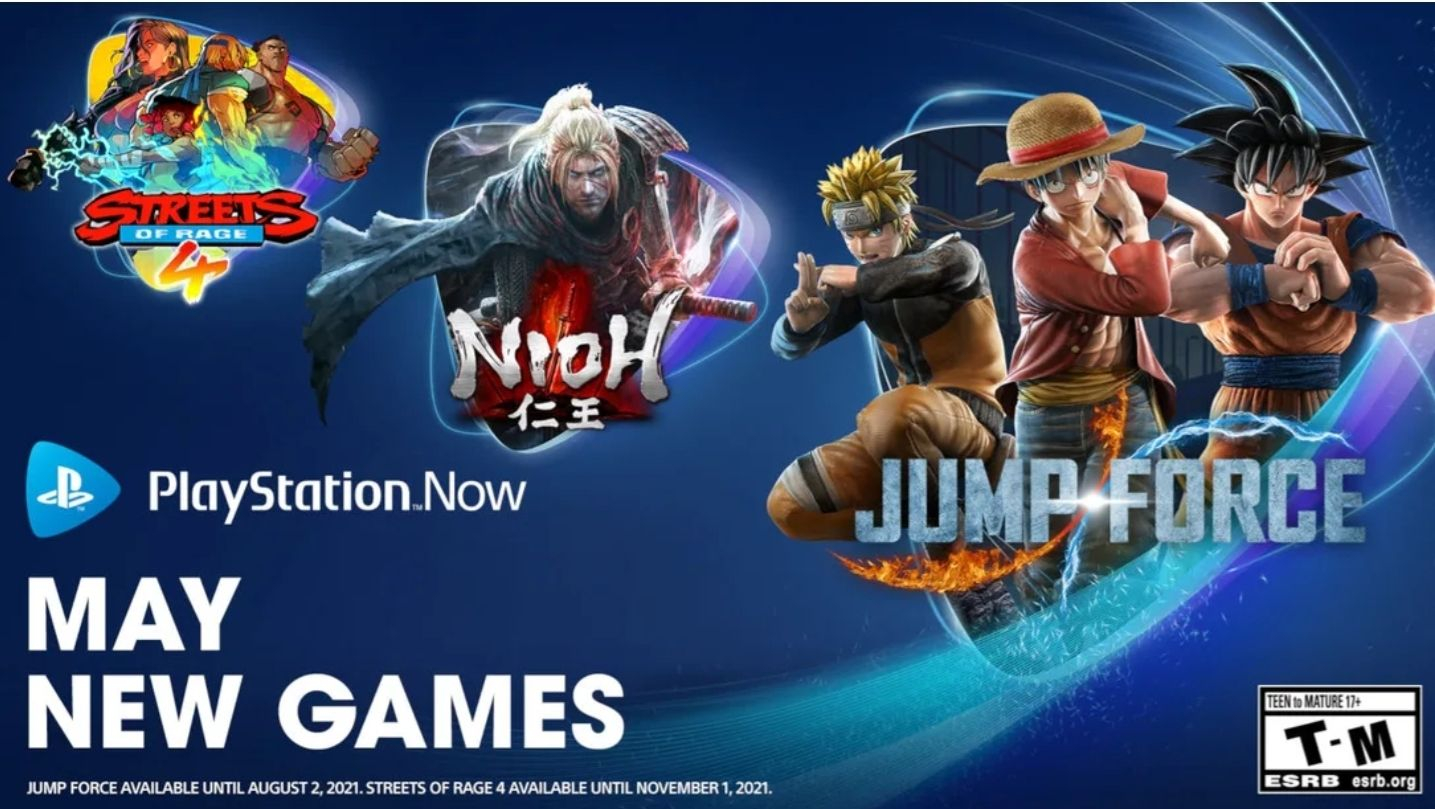 
With PlayStation Now’s May lineup, you can try to survive unrelenting yokai in feudal Japan, rub shoulders with manga icons, and battle your way across an entire city. Starting tomorrow, May 4, Nioh, Jump Force and Streets of Rage 4 will be available to play on your PS5 or PS4 console.

Let’s take a closer look at each game.

Take up your sword and travel to Japan’s blood-bathed Sengoku period – an era ravaged by warring states and dark, malevolent forces – and cut a violent path through the land as the masterless samurai, William. Cross blades in brutal hand-to-hand combat, wielding swords, axes, spears and even war hammers against foes both human and demon. In this brutal third-person adventure, you must endure the vicious encounters and learn from your mistakes: each death will bring you resurrection and each resurrection a greater resolve to overcome your foes.

Some of the most famous Manga heroes are thrown into a whole new battleground: our world. Uniting to fight the most dangerous threat, the Jump Force will bear the fate of the entire human kind. Create your own avatar and jump into an original Story Mode to fight alongside some of the most powerful Manga heroes from Dragon Ball, One Piece, Naruto, Bleach, Hunter X Hunter, Yu-Gi-Oh!, Yu Yu Hakusho, Saint Seiya and many others. Or head to the Online Lobby to challenge other players and discover lots of modes and activities.

Sega’s iconic side-scrolling beat’em up is reimagined for the modern generation. Featuring fan favorites Axel and Blaze, newcomers Cherry Hunter, Floyd Iraia (and unlockable guest stars), clean up the streets of Wood Oak City the only way you know: with fist and foot. Pull off stylish combos alone, with up to three friends locally, or team up with another player online. And all the while enjoying a soundtrack – created by industry icons – that perfectly accompanies the action.

As we recently announced, PlayStation Now has begun rolling out support for streaming 1080p capable games (requires minimum internet speed of 15 mbps) on PC and PS4/PS5 consoles. The rollout will occur over the next several weeks across Europe, US, Canada, Japan where PlayStation Now is available. Your game streaming resolution may vary, depending on your internet connection.
PostTweetDelen Deel via WhatsApp Deel via Messenger
Community Updates
4 Reacties
Plaats reactie